The field of orthodontics has certainly evolved since its beginnings during the times of the Ancient Egyptians. Here, we review some of the orthodontic appliances, technology and evolutions of the past and from more recent years.

The human desire for a perfect smile has existed long before the days of social media, modelling and technology, dating back to Ancient Egypt. Archaeologists have discovered remains of what they believe to be teeth-straightening appliances such as animal intestines and gold. 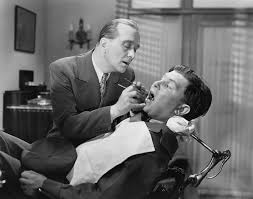 Christophe-Francois Delabarre – Wire cribs are an early and basic model of a brace. This semi-circle shaped device is slightly more advanced than Purman’s bandeau, designed to be placed over a set of 2 teeth and hold them in place once the device is removed. This device evolved under Edward Maynard, who added elastic bands to the design in 1843 and again in 1846 with changes made by E.J Tucker who focused more attention on the comfort of the device. The latter also became the first orthodontist to use rubber in his designs.

J.S Gunnell – This is a form of headgear that is secured to the jaw from the outside of the patient’s mouth, in order to exercise slight pressure to the teeth.

Until recently, the only option for taking impressions in preparation for Invisalign braces was to use liquid impressions material that can be uncomfortable as it can cause the patient to gag. However, many practices are now using an iTero scanner to perform this instead, as It simplifies the whole process for patient and orthodontist. The scanner produces 10 times fewer rejections than traditional methods as there is less movement from the patient which means the impression will fit more accurately.

From an orthodontist’s point of view, workflow is improved as the scans can be sent directly to the laboratory to be made up into the patient’s aligners. We now have an iTero scanner here at Park Lane which we have found to simplify the lives of patient and orthodontist alike!

One of the most sophisticated designs of today, Invisalign is certainly the type of appliance that epitomises a 21st century patient’s lifestyle. Invisalign aims to make the process as non-invasive as possible and is a popular choice with working adults who do not want their appearance to change in the working environment. As they’re removable, they offer the patient a lot of independence – the patient is still able to enjoy the foods they like and clean the appliance more efficiently. The aligners are supposed to be worn 22 hours per day if the treatment is to be a success in the Invisalign time frame, which is 12-18 months.